30th Anniversary of the World Wide Web – what’s happened and what’s to come? – The Web Warriors Skip to content 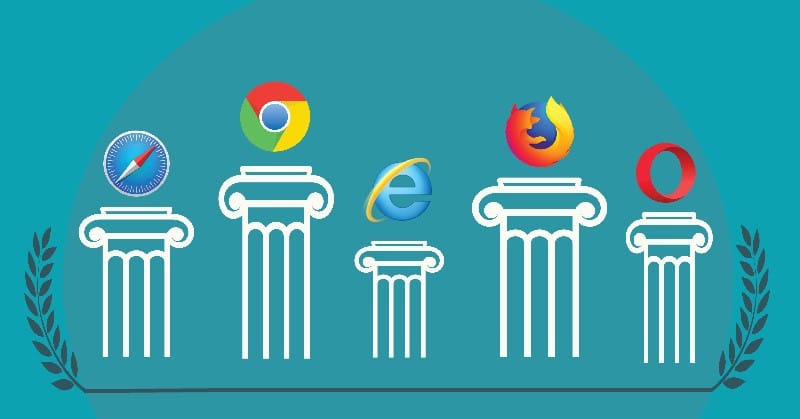 If you were born in the 1980’s or earlier, you probably remember life without the World Wide Web. Back then we went to the library to learn how to build a cubby house, we opened the yellow pages to find a local plumber and we sent letters in the mail to communicate with our overseas friends.

Well, in 1989 all that changed. A man by the name of Tim Berners Lee invented a programming language, HTML. This language allowed documents to be linked together on the Internet.

Tim also wrote the first Web Browser back in 1990. This meant that instead of geeks sitting at terminals typing words into a computer screen to access – people could now see images and click on things with their mouse to navigate around the Internet. It was now accessible to everyone.

What? The Internet was invented before the World Wide Web?

The first working version of the Internet was up and running in the 1960’s. It was originally setup to help the US Department of Defense solve a problem – how do you guarantee that computers can still communicate with each other in the case of a nuclear attack?

The Internet was setup so that if a single line of communication was broken, then there’s multiple other lines that those computers can use to communicate with each other. It’s a bit like getting in the car and driving from one end of your country to the other. If a single highway was shut down due to an accident, there’s detours you can take to still get to your destination.

The World Wide Web uses the Internet to get information from a web server – a physical computer with a website on it – back to your computer.

What was the World Wide Web like back in the 90’s?

Back in the 1990’s websites were written by people who knew how to code. People charged a fortune to build a company’s website and they looked awful.

If you’re curious about what they used to look like then check out these popular websites on The Wayback Machine. As an example, this is what the Apple website looked like back in 1997.

Since then things have come a long, long way. Businesses have got smart and handed over their websites to their marketing and sales departments, knowing that it’s normally the first port of call for an organisation and it’s a way to bring in new amazing clients into their organisation.

Significant Events Since the 1990’s

Who remembers VRML? Well, unfortunately it was waaay ahead of its time. Virtual Reality Modeling Language (VRML) was created to allow websites to give people a 3D experience in real time.

Checkout the bouncing demo which you can move around with your mouse.

Back in the mid to late 90’s we used search engines like Yahoo or Alta Vista to find websites. These days – you ‘Google it’.

WordPress powers at least 32% of all websites. Back in 2003 it was a simple platform that allowed people to write – whether you were a traveller sharing your experience or a home cook wanting to share a recipe – WordPress provided the platform to do that.

Where would Social Media be without this giant? Before these guys existed, everyone either emailed each other or jumped onto chat forums.

Want to know how to do something? You jump onto YouTube. There’s always someone who’s shared their knowledge.

Fact: YouTube is the second largest search engine on the planet!

IBM released a smartphone in 1992. Unfortunately, it was large an cumbersome and considered a luxury item.

The iPhone changed all of that!

We’ve analysed trends that are happening in the web industry and feel that this is in store.

Google’s voice search has been around since 2011. The rise of home devices that recognise speech has resulted in a significant shift in the way that we provide information for potential clients.

Stay tuned for massive changes in this sector of the coming years.

There’s a trend these days of using smart, automated chat ‘bots’ that provide customer service and sales support. These appear on websites and social media chats.

Will this result in a better World Wide Web experience?

Imagine jumping on a clothing website and seeing what their clothes look like on you without actually touching them. This is what augmented reality can do for you.

Unfortunately,  it’s helped to facilitate new issues such as bullying on social media, the rise of the Dark Web and we’re willing to hand over our deepest secrets to organisations that ask for them.

Today Tim Berners Lee called for a return to the original intentions of the World Wide Web – helping us connect together and providing an enhanced experience when dealing with business.

What part is your business playing to help humanity get back on track?